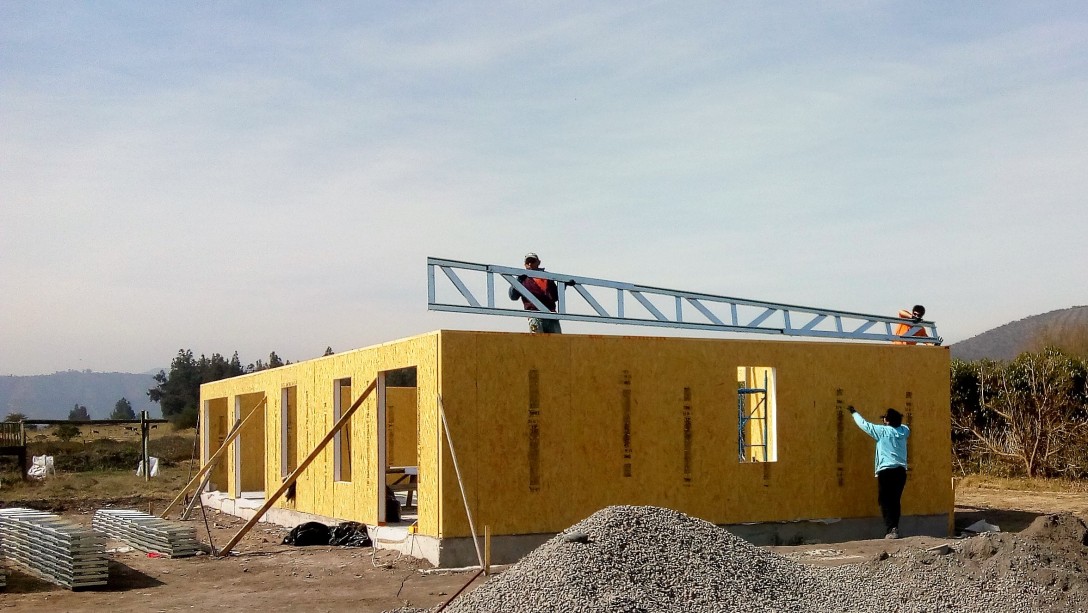 Things are moving quickly on the house, and after just 5 days for the perimeter walls, we started on the roof trusses and these were all up within two days. We chose a very simple, Mediterranean style roof, as we will be putting at least 3,6kW of solar panels on the roof.

Having the roof trusses up is a milestone in a construction project, and so it was time for the “topping out ceremony”.  This celebration is linked to an ancient Scandinavian religious rite, where a tree or branch was placed on the highest roof truss to appease the tree-dwelling spirits that were displaced during the construction. The custom migrated first to England and Northern Europe and then to America with the arrival of Scandinavian and German carpenters. It has been an important component of timber building projects over time and has become an honoured celebration in all types of constructions, even skyscrapers.

Today, it is not a tree branch that is placed on the roof trusses, but rather the national flag.

In Chile, the celebration is accompanied by a typical “asado” (a “braai” in South Africa or a barbecue elsewhere), for the construction team to celebrate this achievement.

It was a good end to the 6th week of construction.

2 thoughts on “The topping out celebration”